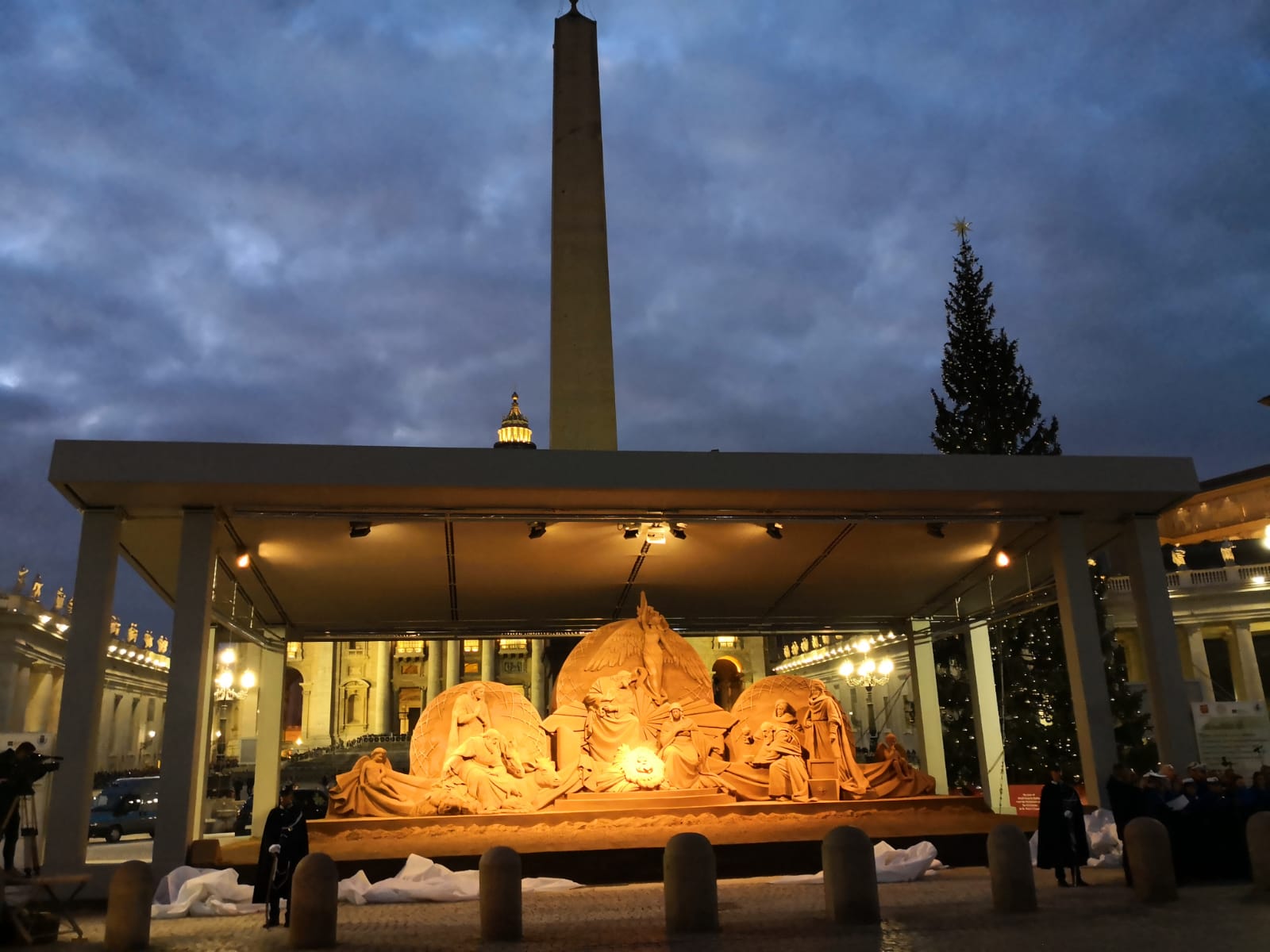 Unveiling of Sand Nativity in St. Peter's Square in Rome

The long awaited moment has finally come: the work of months has finally been rewarded. Before an audience ever seen for a sand sculpture, the Sand Nativity 2018 it has been "unveiled" at the center of St. Peter's Square, home to over a billion Catholic Christians.

The ceremony opened with the musical parade of the band of the Vatican Gendarmerie which played the hymn of the Holy See; after the music ended, the interventions of the Patriarch of Venice Francesco Moraglia, who spoke of the sand statue as a perfect parable of Christian existence, of the President of Veneto Region Luca Zaia, who talked about the recent natural catastrophe that has devastated large areas of the region, to represent the Sand Nativity as an example of the Veneto's desire for rebirth, and the the Major of Jesolo Valerio Zoggia, who stressed that this is a great undertaking shared by all Jesolo citizens.

After the words of the Mayor Zoggia, the climax of the evening took place: the curtains that concealed the Sand Nativity look were dropped, and the surprising and exciting Sand Nativity scene appeared to the public in all its magnificence.

From today until Epiphany 2019, this unique and non-repeatable work will be visible to anyone passing through Piazza San Pietro in Rome; then, as in the end it happens for everything, it will return simple sand, dust, but leaving an indelible memory in time in all visitors.

A huge organizational effort, an incredible teamwork which from that first visit to the Patriarch Moraglia in January 2016, it saw the City of Jesolo determined to crown a dream.

A result strongly desired and pursued by the Major Valerio Zoggia, by the&nbspTourism Assessor Flavia Pastò, by the project manager Massimo Ambrosin and by all the staff of the Municipality of Jesolo, but with the strong support of&nbspthe whole Jesolo community which, thanks to this unforgettable event, have seen their city at the center of the world.

In fact, it was extraordinary media coverage of the event which has seen dozens of Italian and international newspapers interested in learning about the genesis and development of the Sand Nativity 2018.

And it was incredible also the audience response from around the world which, thanks to the mass media and social networks, has been able to follow day by day the realization of the Sand Nativity in the enchanting scenery of St. Peter's Square.

A truly sincere and exciting involvement with testimonies of people from all five continents who wanted to communicate their closeness to the success of the event and their emotion in seeing it finally unveiled. 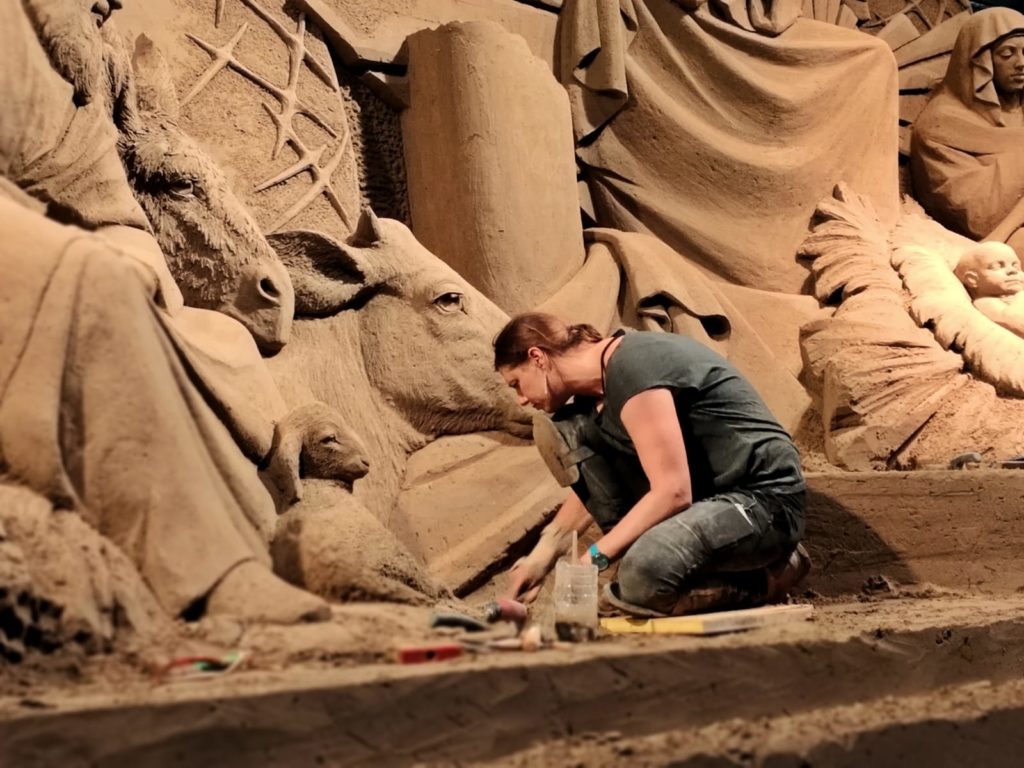 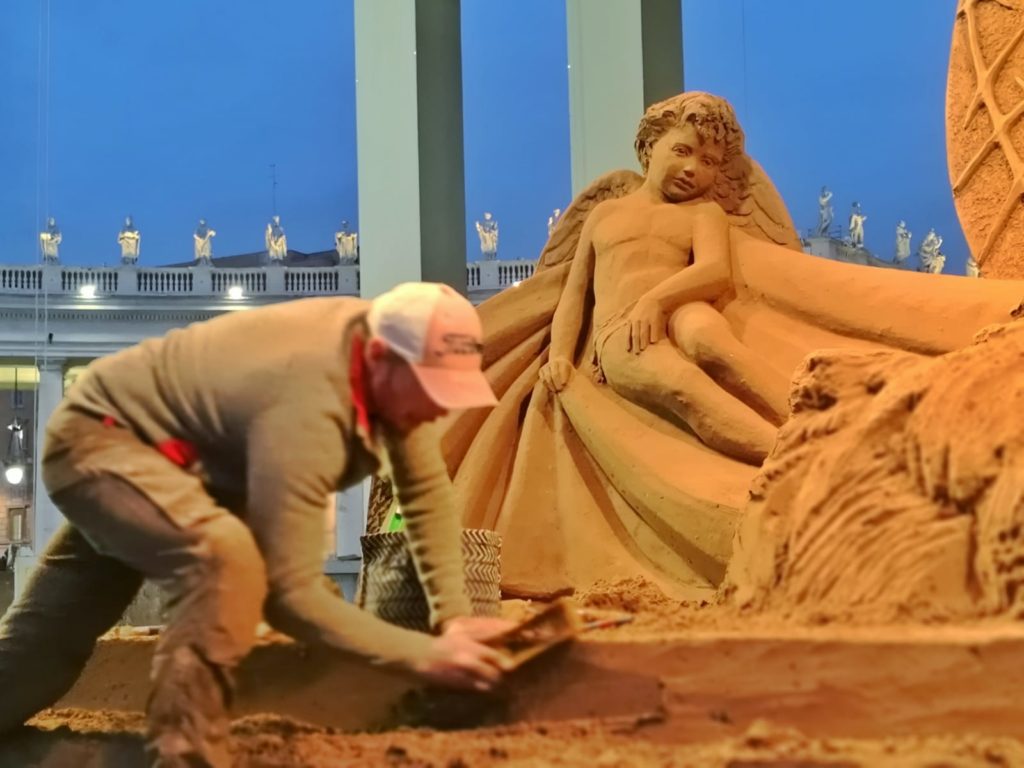 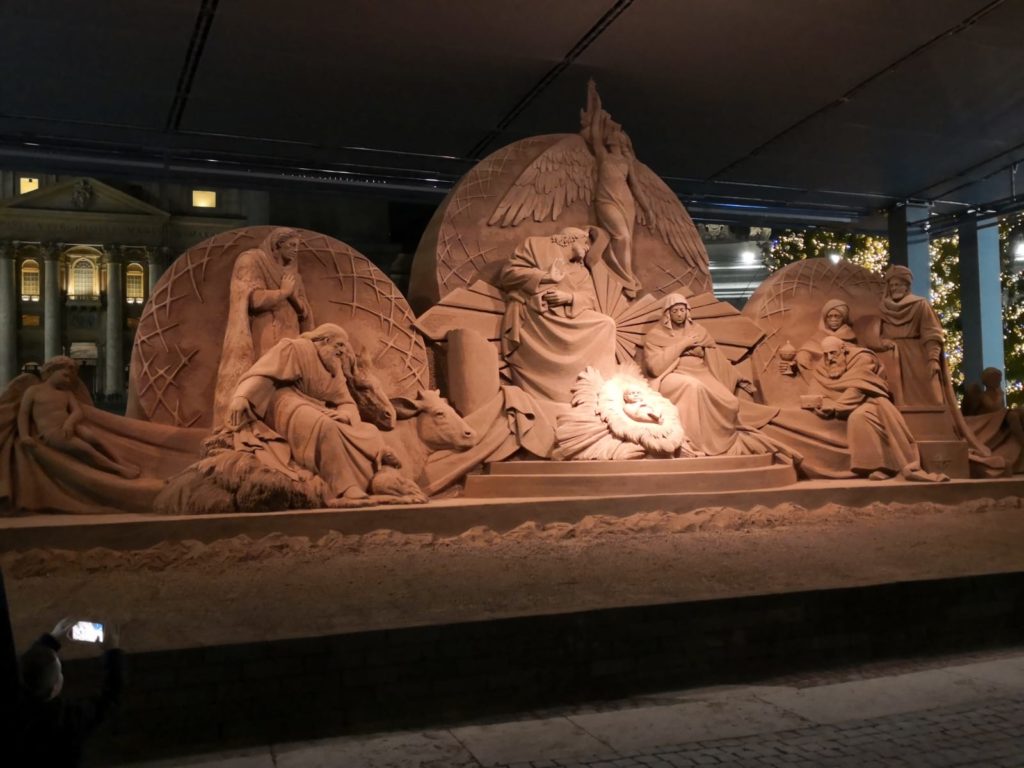