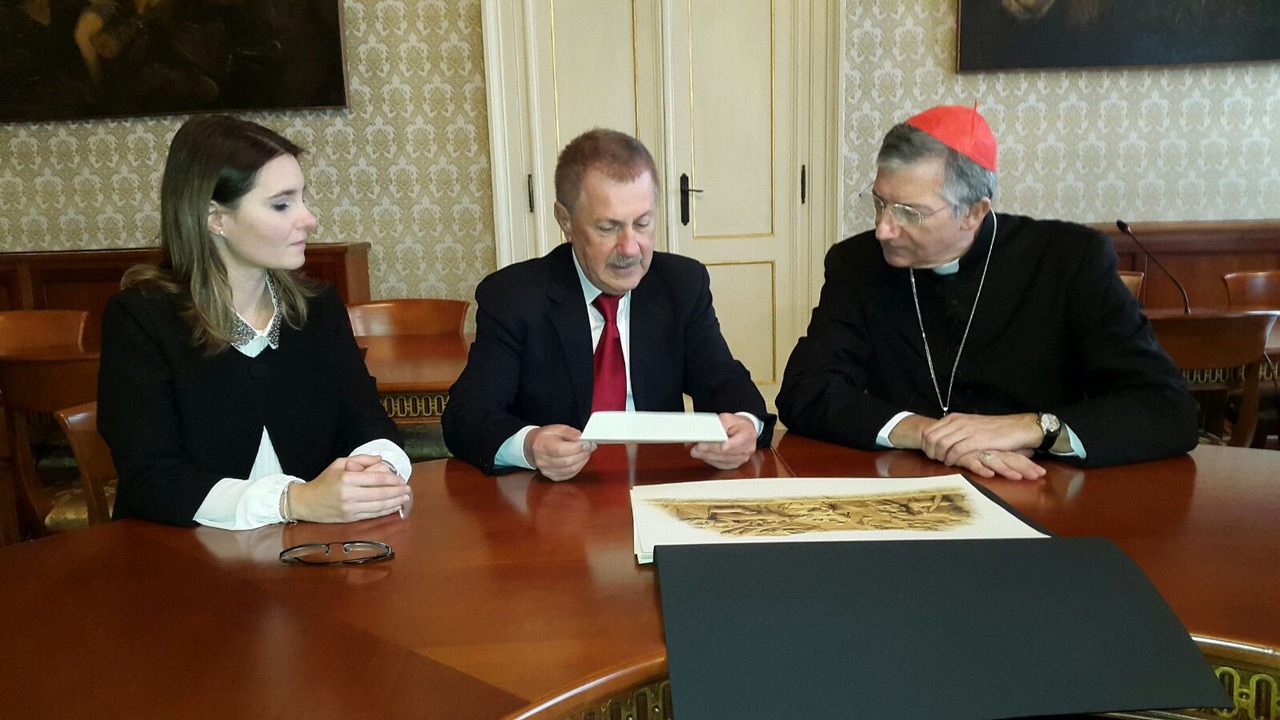 Sand Nativity 2018 presented to the Patriarch of Venice

The project to bring the Sand Nativity to the Vatican takes an important step forward. This morning, the Mayor of Jesolo, Valerio Zoggia, the Councillor for Tourism, Flavia Pastò, and the director who has been assisting this initiative for six years, Massimo Ambrosin, were received in the lagoon city by the Patriarch of Venice, Francesco Moraglia.

It was a cordial meeting, during which Msgr. Moraglia was shown the official sketch of the Nativity sculpture that will be built with Jesolo sand in the place that symbolizes Christendom.

The composition will be placed in the centre of the majestic square, enclosed by the Bernini colonnade, with St. Peter’s Basilica in the background. Because of its location, the work has required careful evaluation at the design stage to facilitate its scenic insertion into the delicate architectural and urban context.

During the conversation, the Mayor of Jesolo mentioned his desire to the Patriarch of Venice to have an audience with the Holy Father next year. In addition, Archbishop Moraglia was invited to attend the opening of Sand Nativity 2017, scheduled for next Friday 8 December, in Piazza Marconi, Jesolo. The invitation was also renewed for a visit to the sculptures by all the Bishops of the Triveneta Episcopal Conference, as occurred already in January 2016.

At the conclusion of the meeting, the Mayor and the Councillor for Tourism visited the ongoing restoration works in St. Mark’s Basilica and were impressed by the sensitivity and skill of the restorers.

“It was a productive and very cordial meeting,” commented the Mayor of Jesolo, Valerio Zoggia, “from which the full harmony with the Patriarch of Venice for the success of this initiative clearly emerged. This project is very important to us, because it demonstrates the worth of a “product” conceived in Jesolo that will have the opportunity to be seen and admired by millions. The value of the initiative was also confirmed by the words of the Procurator of St. Mark’s, who compared the golden colour of the Venetian Basilica’s mosaics with our sand in Jesolo. I wish to extend my sincere gratitude to the Patriarch of Venice for the commitment with which he has supported our project in the Vatican.” “When I forwarded this innovative proposal to the Holy See,” stated the Patriarch of Venice, Francesco Moraglia, “I was convinced that we would make a good impression. Having seen the previous editions of the Sand Nativity, in fact, I have always been impressed by the technical skills employed and the beauty of the portrayals, especially in the better-known faces, like that of the Pope. I am also convinced that what will be created next year will be remembered in the history of the Nativity scenes of St Peter’s square because of its particular quality, so difficult to reproduce due to its fineness and originality”. 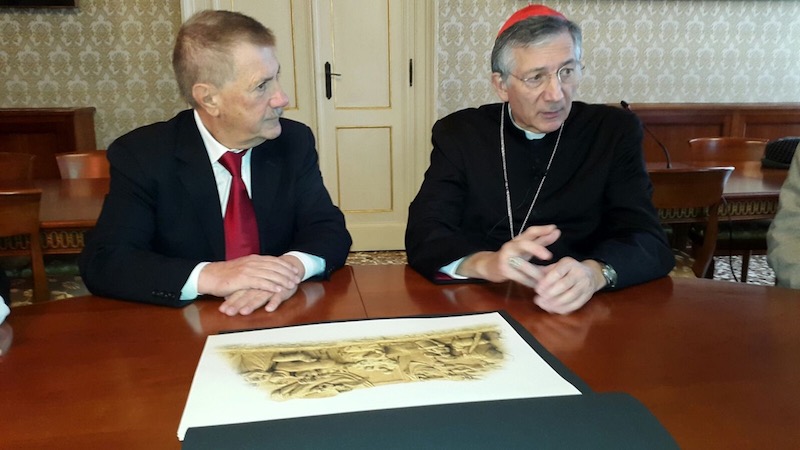