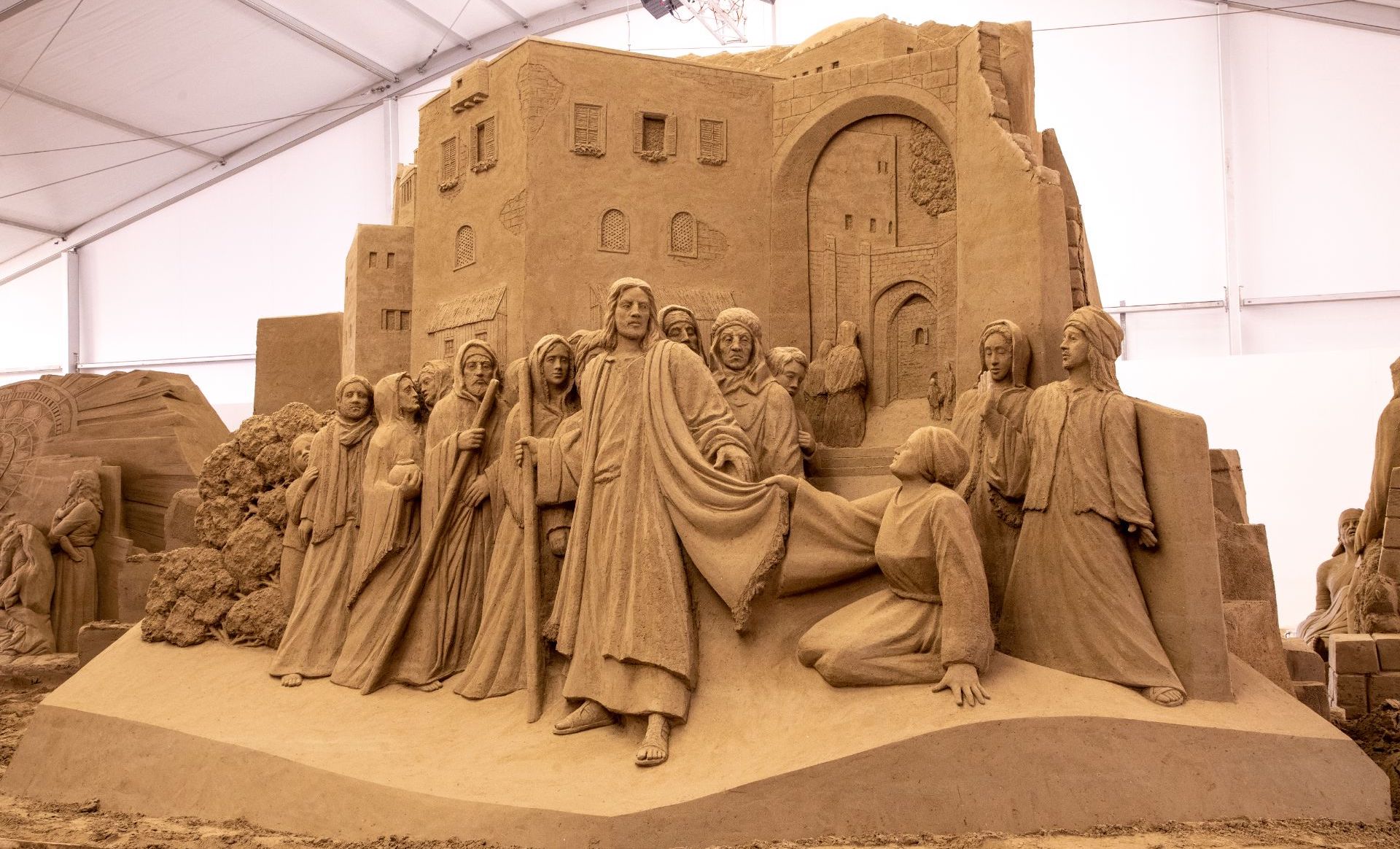 The Sand Nativity rediscovers the great hearts of visitors

The 19th edition of the event closed its doors on Sunday 6 February. Record of donations collected with 63 thousand euros, exceeded 90 thousand visitors.

An unprecedented success. On Sunday 6 February, the 19th edition of Jesolo Sand Nativity closed its doors, after the forced stop that the event had had to respect in 2020 due to the pandemic. The return of the iconic Sand Nativity managed to instill hope in people - as evidenced by the many messages left in the book available to guests - and showed the big heart of who has crossed the threshold of the tensile structure set up, for the first time, in piazza Trieste.

Overall, Jesolo Sand Nativity raised more than 63,000 euros between donations (29% increase on 2019) and merchandise sales (+ 44% on 2019). The funds, as every year, will be used to support charitable projects in different parts of the world and local associations.
In two months, from 8 December to 6 February, the Sand Nativity of Jesolo was admired by over 90 thousand visitors despite the restrictions that have continued to affect the period and that have known an exacerbation with the entry of Veneto into the yellow zone, which on December 30 was followed by further restrictions introduced with the new legislative decree.

"We wanted to give a signal of hope, it was important, and I think we succeeded in this - declared the Mayor of the City of Jesolo, Valerio Zoggia -. When we started planning this edition, we were divided between the enthusiasm to restart and the uncertainties of the moment. But we wanted to be there, and with optimism we thought big. The larger spaces of the new location responded to the needs of an event that now has an international echo, but also allowed us to manage the presence of a large number of people and the related flows, reducing the risk of queues and gatherings to practically zero. This year Jesolo Sand Nativity counted a number of visitors similar to that of past editions, who had not had to deal with a pandemic. He has put together an important amount to be donated to charity. He represented a symbol and helped to send the message that, in Jesolo, you can come all year round and safely. A merit that must be shared with the operators of the city and the many volunteers involved in the event. In these two months we have also listened to the voices of those who have complained, inevitable when something changes. These are valuable information. All this will help the next administration to further raise the standards of an event of excellent quality, now endowed with a reputation that goes beyond national borders".