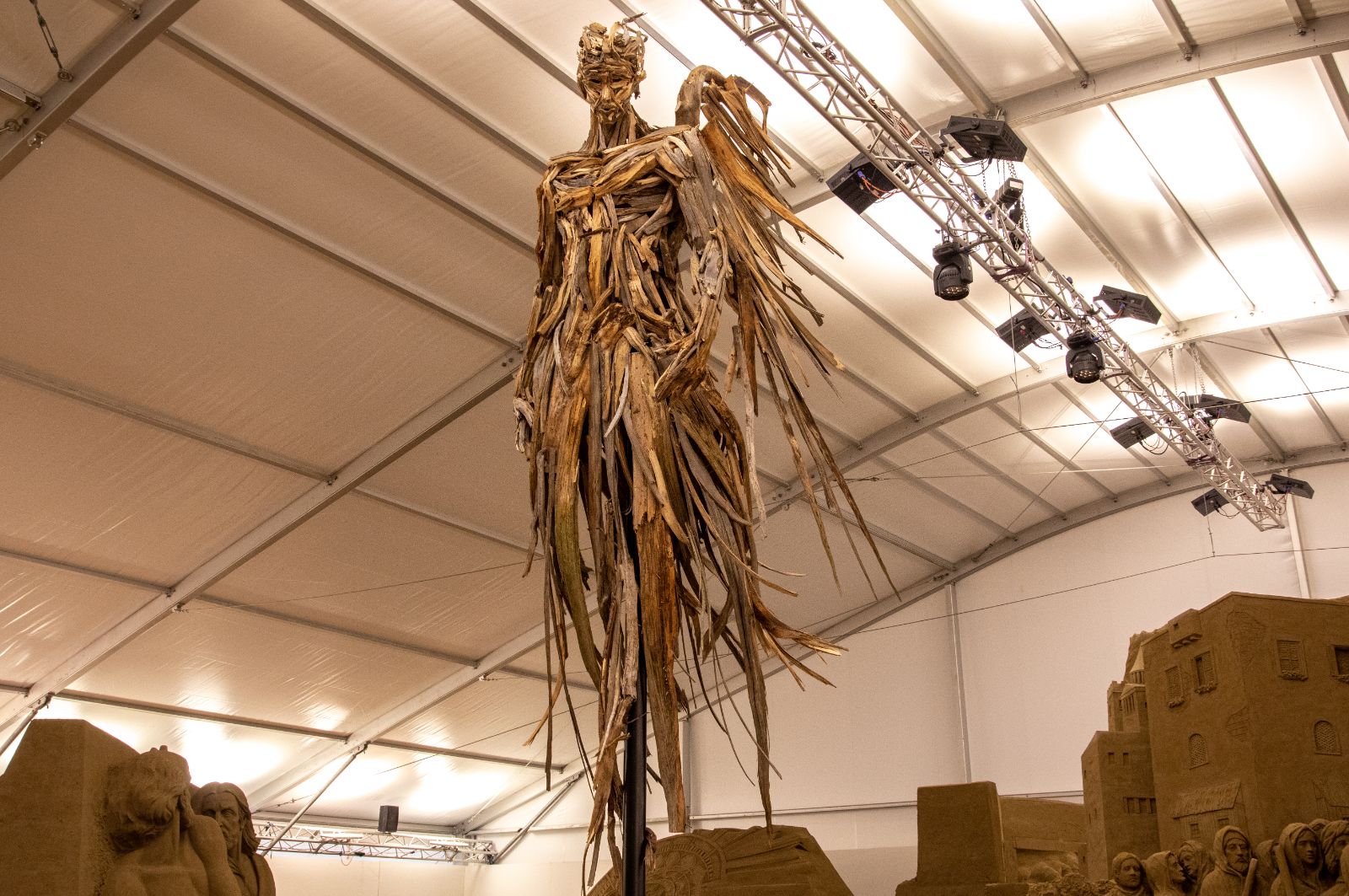 From the Sand Nativity, support for humanitarian projects and associations

The municipal administration has identified the initiatives to be supported through the funds that will be collected with donations from visitors to the famous Sand Nativity.

Jesolo to help the most needy. The municipal administration has identified the 3 humanitarian projects and 5 associations that will be supported with donations from the Jesolo Sand Nativity. The money raised thanks to the good heart of the visitors of the Sand Nativity will be used to support a project in Africa, one in Colombia, the Veneto Oncological Institute and the activity of local associations. The same projects will be able to count not only on the contributions donated by the visitors of the Jesolo Sand Nativity, but also on the resources collected by the employees of the IAT with the guide service to the Nativity scene for groups, organized groups and classes.

Una luz de esperanza, a light of hope: the initiative is promoted by No Indifference Onlus and aims to create a "refuge" for children aged 4 to 15, victims of violence and mistreatment in the district of Barraquilla in Colombia. The current building houses 140 children mostly from Venezuela, the place is unsuitable and dilapidated and with the increase in requests for assistance, spaces are few and inhospitable. Thanks also to the contribution of the Jesolo Sand Nativity, classrooms, a canteen with an adjoining kitchen, dormitories for girls and boys, play areas and services will be built.

Support for I.O.V.: the Veneto Oncology Institute is committed to the prevention, diagnosis and treatment of cancer, pursuing excellence in these fields through the development of basic cancer research. All research projects are very expensive, which is why the Institute uses co-financing sources that contribute to the overall cost of the research protocols. Funds from the sand nativity scene will go to cancer research projects.

Construction of a library and support in Sierra Leone: the project is supported by Bedanda Onlus, which will use the grant to complete the construction of the library inside the "casa Verona" multifunctional center as well as to contribute to a another mission in Sierra Leone, in Koidu, a district famous for its diamond mines, where child exploitation of the population persists.

Hospital Volunteers Association: support for the "Pajamas closet" project, launched by the association. It is a sort of disposable kit for the destitute patients with basic necessities such as toothbrush, toothpaste, underwear, towel, t-shirt, socks, slippers, pajamas / overalls to be used during the hospital stay.

Woman 2000 Volunteer Group: support for the "Oltre" project, through which the association carries out various promotion and prevention initiatives through psychological support and physical and motor activities. The proposed initiatives are aimed at bringing together women who have suffered the trauma of a delicate intervention.

Eugenio Ferrioli and Luciana Bo Onlus Foundation: the foundation, accredited by the Presidency of the Council of Ministers and by the network of anti-violence branches of the Veneto Region, manages the anti-violence and anti-stalking center "La Magnolia", the anti-violence counter of the Municipality of Jesolo, the protected house with a private address called "Corner of paradise" and the educational center for affective relationships "C.E.R.A." dedicated to the recovery of those who engage in violence in relationships. In recent years it has launched an education program.